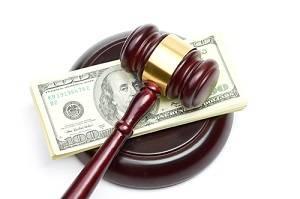 The decision to file for divorce is just the first step in a long road toward legally ending a marriage. One of the major concerns for couples who are divorcing is figuring out who gets what in the final settlement. Illinois is an equitable distribution state when it comes to dividing marital property in a divorce. However, non-marital property is handled differently. Under Illinois divorce law, both spouses are entitled to keep all of their own or separate assets. Non-marital assets are classified as property acquired as a gift, through an  inheritance, or prior to the marriage, as well as property that is specifically protected by a valid prenuptial agreement. In some cases, disputes can arise if spouses argue over these items.

Distinguishing between marital and non-marital or separate property in a divorce is not always as simple as it may seem. One of the difficulties that can arise when trying to establish a non-marital asset occurs when the spouses have commingled or mixed non-marital and marital funds. Tracing is a method of following the flow of money or assets from their original source to demonstrate that they are indeed non-marital. This requires proof that the original source of the asset came from a gift, an inheritance, or ownership prior to the wedding.

Proving the non-marital nature of inheritance money may require documents such as wills, trusts, and tax returns. These documents can establish the timing of when a spouse received the inheritance. Next, it must be proven that it has not been commingled with any marital funds, such as put in a joint bank account. If this occurs, then the non-marital asset can be transmuted into marital property, which is subject to division between both spouses.

In some scenarios, estate planning may be a valid reason for the commingling, and the funds may keep their original identity. In addition, if non-marital funds only remained in marital accounts briefly, then the money may still be considered non-marital.

There are several ways a spouse can increase the chances of keeping what is rightfully his or hers when disputing non-marital versus marital property. This can include:

When a couple divorces, there are many issues that will need to be resolved before the marriage can be legally terminated. This includes the division of property, which can often be a contentious topic between you and your spouse. That is why distinguishing between marital and non-marital property and assets is so important. A qualified St. Charles property division attorney at the law firm of Weiler & Lengle P.C. will carefully examine the details of your case to make sure your rights are protected. Call our office today at 630-382-8050 to schedule your confidential consultation.